This Creamy Cilantro Lime Chicken is a creamy low carb and gluten free dish perfect for any night of the week! 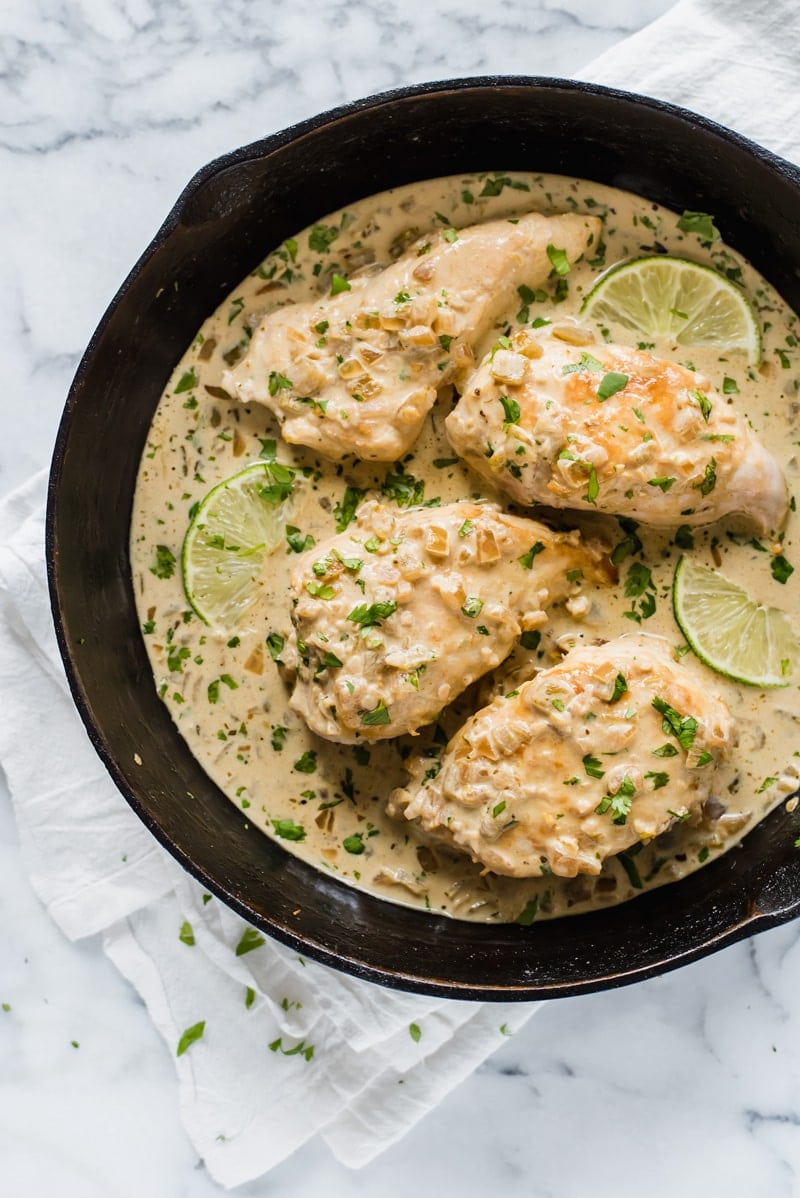 I’m taking a little break from all the holiday food and sharing this Creamy Cilantro Lime Chicken recipe that’s good any time of the year.

Like tonight, for example. Tonight would be a great night to make this chicken skillet, don’t you think? 😉

Covered in a creamy and flavorful sauce made with diced green chiles, lime juice, oregano, cumin and coriander, this cilantro lime chicken is gluten free and low carb. It requires only one skillet and pairs perfectly with many side dishes (sauteed green beans, cauliflower rice, roasted broccoli, noodles)! 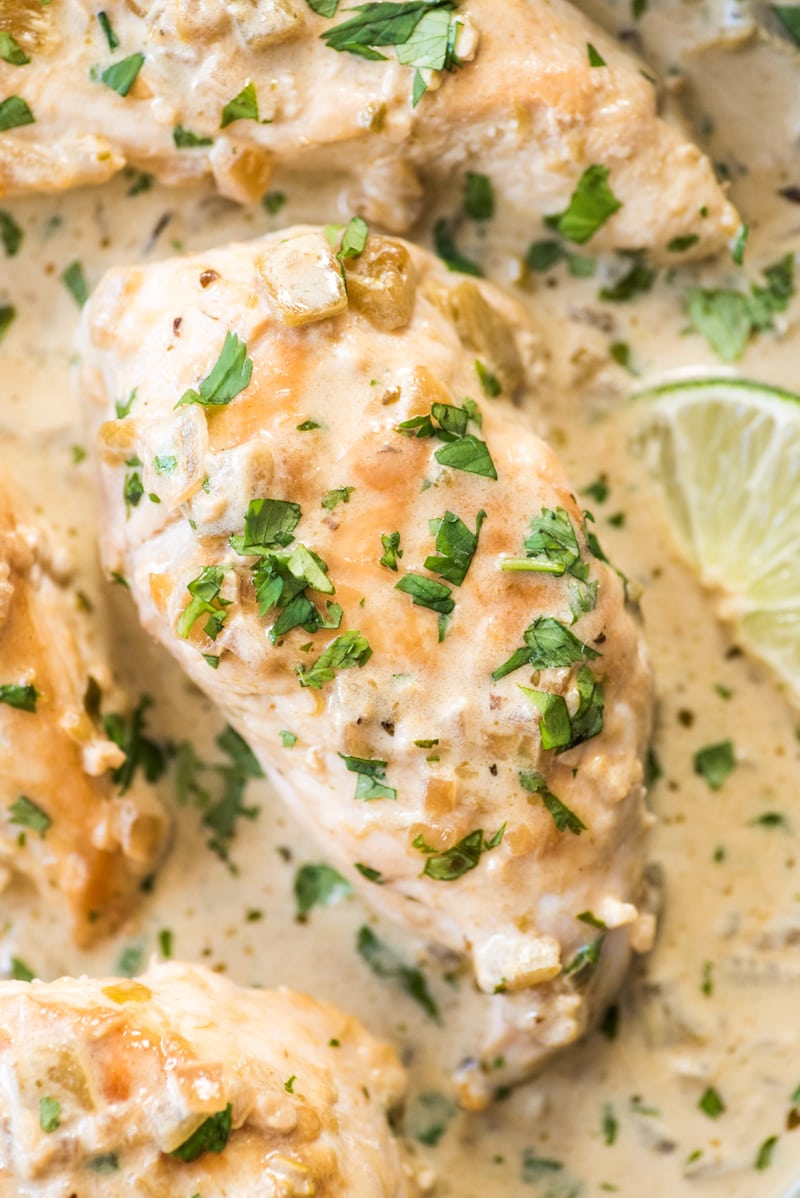 To make this Creamy Cilantro Lime Chicken, you’ll need an oven-safe skillet. I used one of my favorite cast iron skillets that I got at a thrift shop, but you can use anything you have.

If you don’t have a cast-iron skillet and are looking to get one, you can’t go wrong with this 13-inch pre-seasoned skillet from Lodge. It’s big enough to make one-skillet meals (which I LOVE), it’s inexpensive on Amazon and it will last you for pretty much your entire life.

It’s a must-have for any foodie. 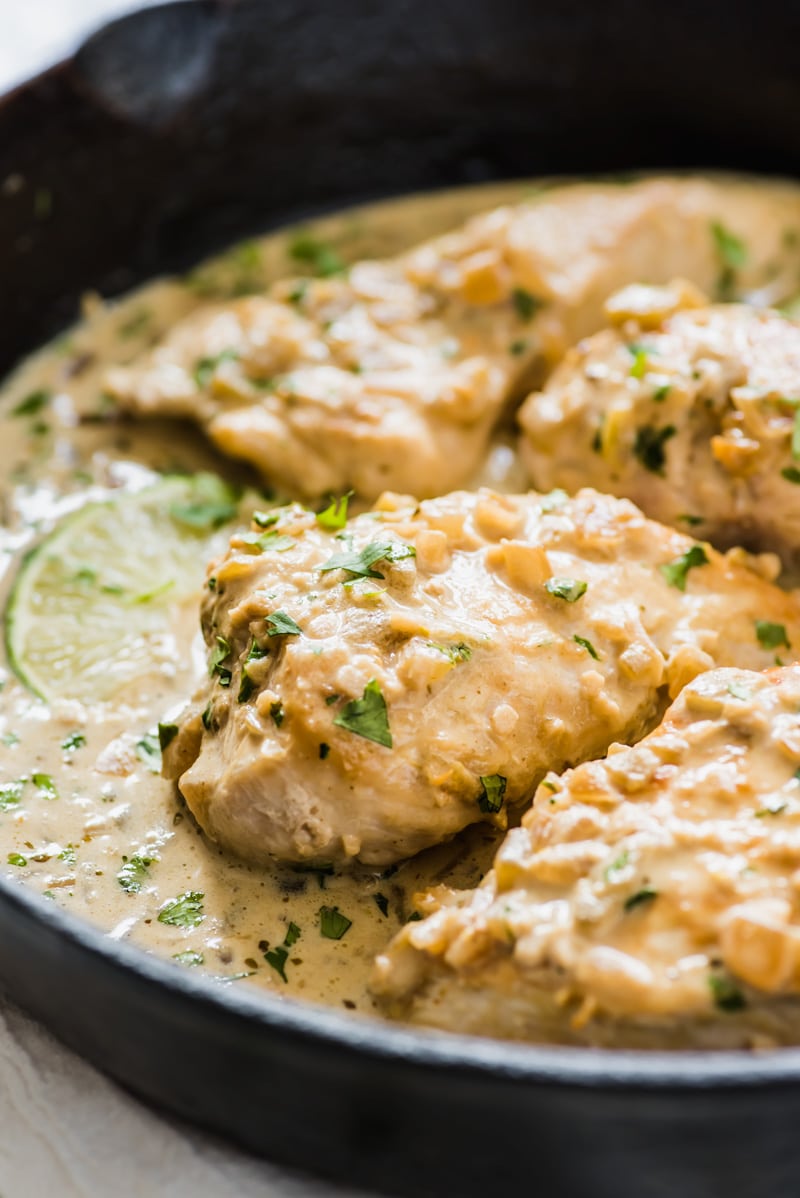 To cook the chicken, I browned it in the skillet over medium-high heat on both sides, and then placed the skillet in the oven for about 10 to 12 minutes, until the chicken was fully cooked through.

Because chicken breasts are usually uneven thicknesses when you buy them, I recommend using a meat tenderizer like this one (or even just your heavy cast iron skillet) to pound out the chicken until the breasts are all about the same thickness. This will help them cook evenly when they’re in the oven and save you from cutting into a breast and finding out that it’s not fully cooked through. That’s happened to me before many times and it’s so frustrating.

John and I finally got smart and bought an in-oven meat thermometer. Guys, it’s been SUCH A LIFESAVER! I highly recommend buying one. We get a ton of use out of ours, from using it in recipes like this one to roasts, steaks and even baking. Here’s the exact thermometer that we have. We absolutely love it. 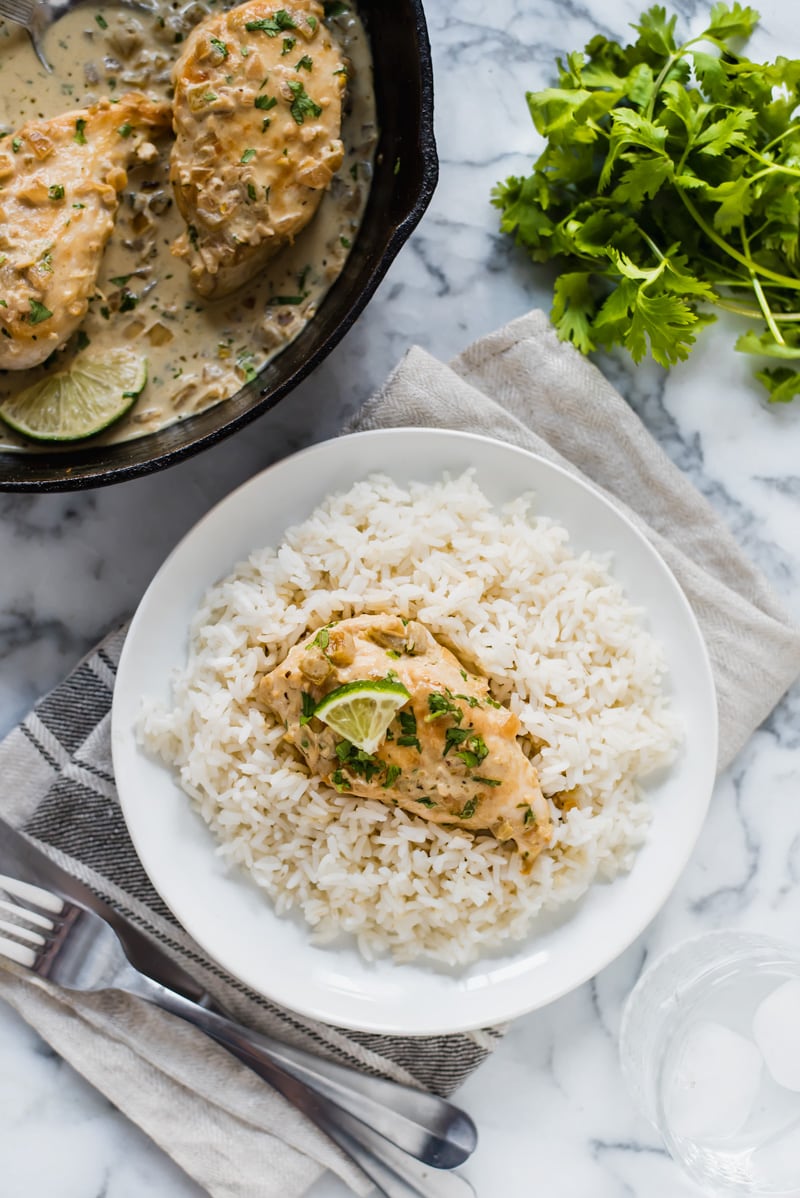 Once the chicken cooked through in the oven, I made the creamy sauce. First, I removed the skillet from the oven, placed the chicken on a plate and covered it with foil to keep it warm.

Then, in that same skillet with all the delicious brown bits, I cooked the onions, green chiles, garlic, chicken broth and the rest of the ingredients over medium heat until the liquid reduced and concentrated.

Finally, remove the skillet from the heat, mix in a little cream and cilantro, add the chicken back into the pan and that’s it! Serve up this cilantro chicken with your favorite side and dinner is served. 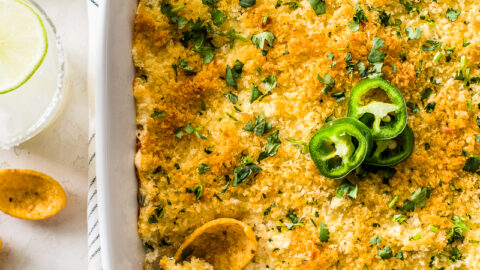 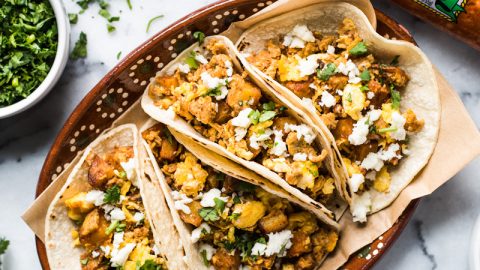 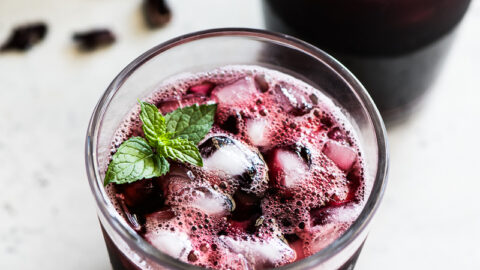