END_OF_DOCUMENT_TOKEN_TO_BE_REPLACED

Jump to latest Browse All Recipes
HomeRecipesTacos
Jump to Recipe 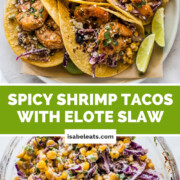 These Spicy Shrimp Tacos are an easy and flavorful weeknight meal made from quick-marinated shrimp served on top of a Mexican elote-inspired slaw. They’re super simple to make, packed with tons of bold flavors, and ready in only 30 minutes from start to finish!

This post is sponsored by Mazola® Corn Oil. All opinions expressed here are my own. Corn oil is a cholesterol-free food that contains 14g of total fat per serving. See nutrition information on product label or at Mazola.com for fat and saturated fat content.

These Spicy Shrimp Tacos with Elote Slaw are the answer to all your busy weeknight dinner problems!

Ever since having a baby about 4 months ago, I’ve come to truly understand the struggle of feeling like there’s not enough time to make a meal that’s really delicious AND good-for-you at the same time.

I totally get it now. The struggle is real!

But I’m here to say that it’s 100% possible. I’m super excited to be partnering with Mazola® Corn Oil to show you how to get some tasty food on the dinner table quickly, and feel really good about feeding it to your family all at the same time.

I’m all about incorporating more heart-healthy* ingredients into my meals, and using Mazola® Corn Oil is one of them! Low in saturated fat, it’s a great all-purpose oil to use in recipes that are stir-fried or sauteed. It’s also great in marinades, which makes it perfect for these tacos!

The shrimp in this recipe is seasoned in a mixture made from lime juice, Mazola® Corn Oil, chipotle chili powder, red pepper flakes, Mexican oregano, garlic, and more.

The entire meal is packed with lean protein, veggies and other ingredients that are easy to find and make!

How to make Spicy Shrimp Tacos

The beauty about shrimp tacos is that the shrimp doesn’t need to marinate for very long in order to gather and soak in a lot of flavor. Plus, it’s a protein that cooks incredibly quickly which makes it perfect for weeknight dinners.

First, you’ll get the shrimp marinating in a mixture of chipotle chili powder, Mexican oregano, red pepper flakes, garlic, Mazola® Corn Oil, lime juice, and a few other ingredients. While that’s doing its thing, put together the slaw.

Once you have the slaw made and ready to eat, come back to the shrimp and cook it in a hot skillet for 4-6 minutes and that’s it!

The elote-inspired slaw in this recipe is the perfect complement to the spicy shrimp. The mayo and sour cream help offset some of the spiciness from the chipotle chili powder and the cilantro, cabbage, and cotija cheese adds a bit of brightness and freshness to each and every bite.

I made the slaw using a can of drained and rinsed yellow corn, but you can also use fresh corn if it’s in season!

Once the slaw and shrimp are ready to go, I like layering them on top of warm corn tortillas and garnishing everything with a little more chopped cilantro and cotija cheese.

If you prefer flour tortillas, you can use those instead. I’m a huge fan of homemade flour tortillas because the store-bought ones are just not the same to me, but if you do buy them, make sure they’re small and not the huge burrito-sized ones! 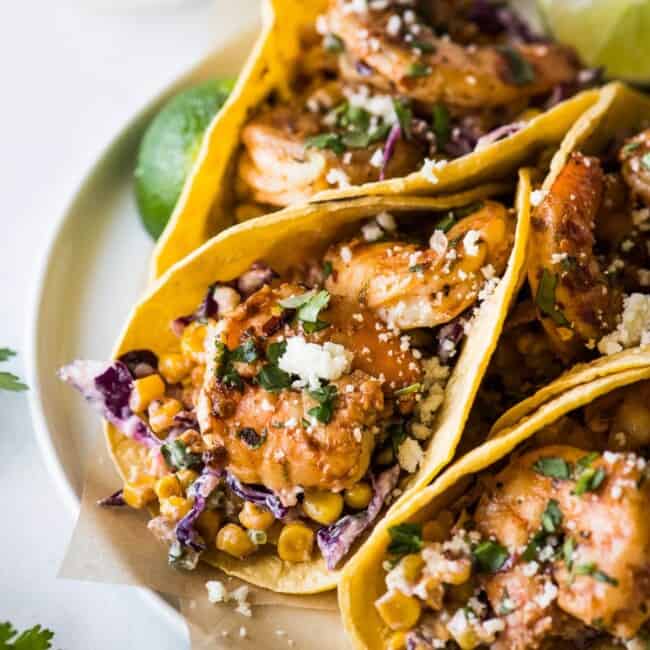 Prep: 15 minutes
Cook: 15 minutes
Total : 30 minutes
These Spicy Shrimp Tacos are an easy and flavorful weeknight meal made from quick-marinated shrimp served on top of a Mexican elote-inspired slaw.

Did you Make my Spicy Shrimp Tacos with Elote Slaw?Leave a comment below and tag @isabeleats on social media!
@isabeleats

*Very limited and preliminary scientific evidence suggests that eating about 1 tablespoon (16 grams) of Corn Oil daily may reduce the risk of heart disease due to the unsaturated fat content in Corn Oil. FDA concludes that there is little scientific evidence supporting this claim. To achieve this possible benefit, Corn Oil is to replace a similar amount of saturated fat and not increase the total number of calories you eat in a day. One serving of this product contains 14 grams of Corn Oil.

END_OF_DOCUMENT_TOKEN_TO_BE_REPLACED 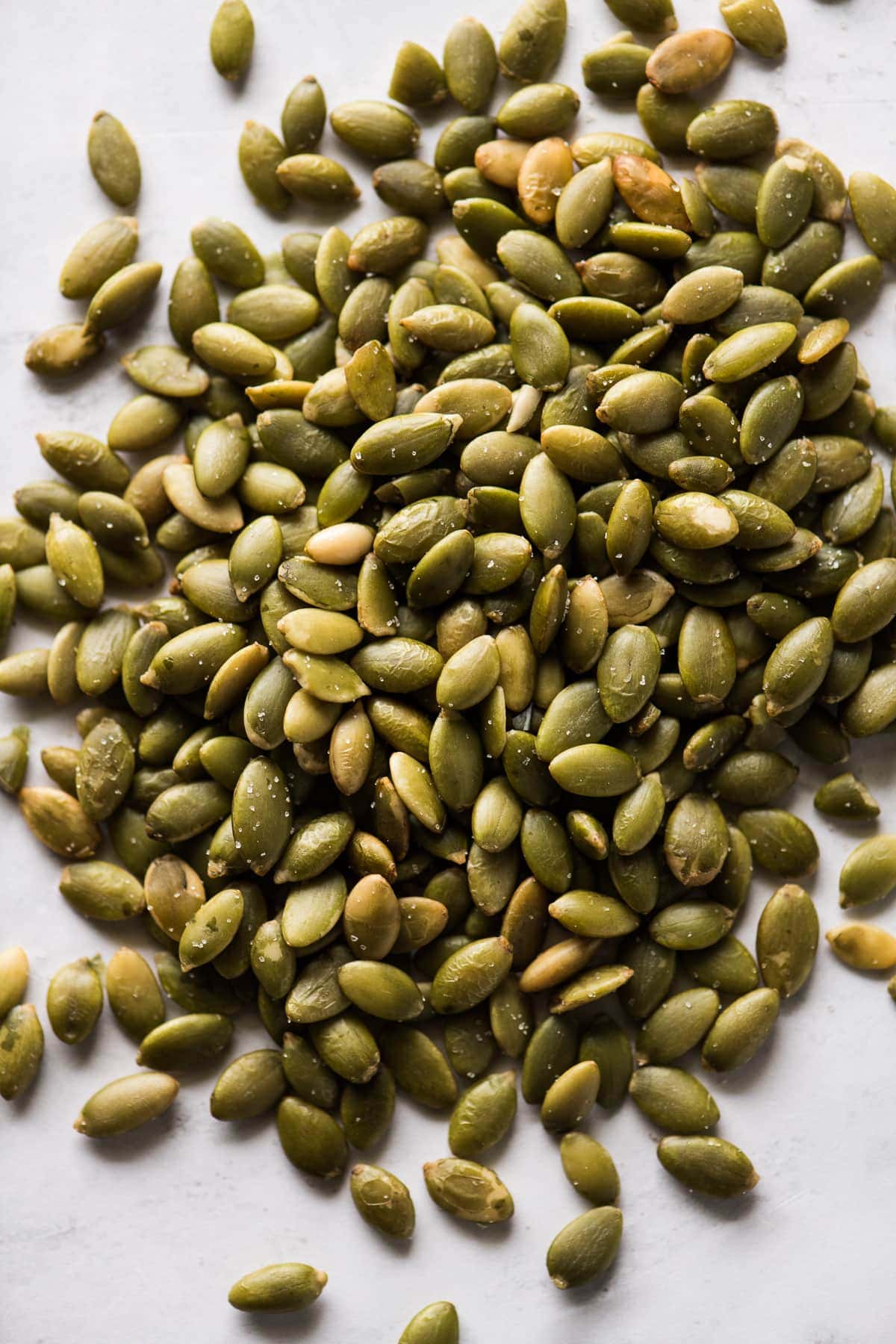 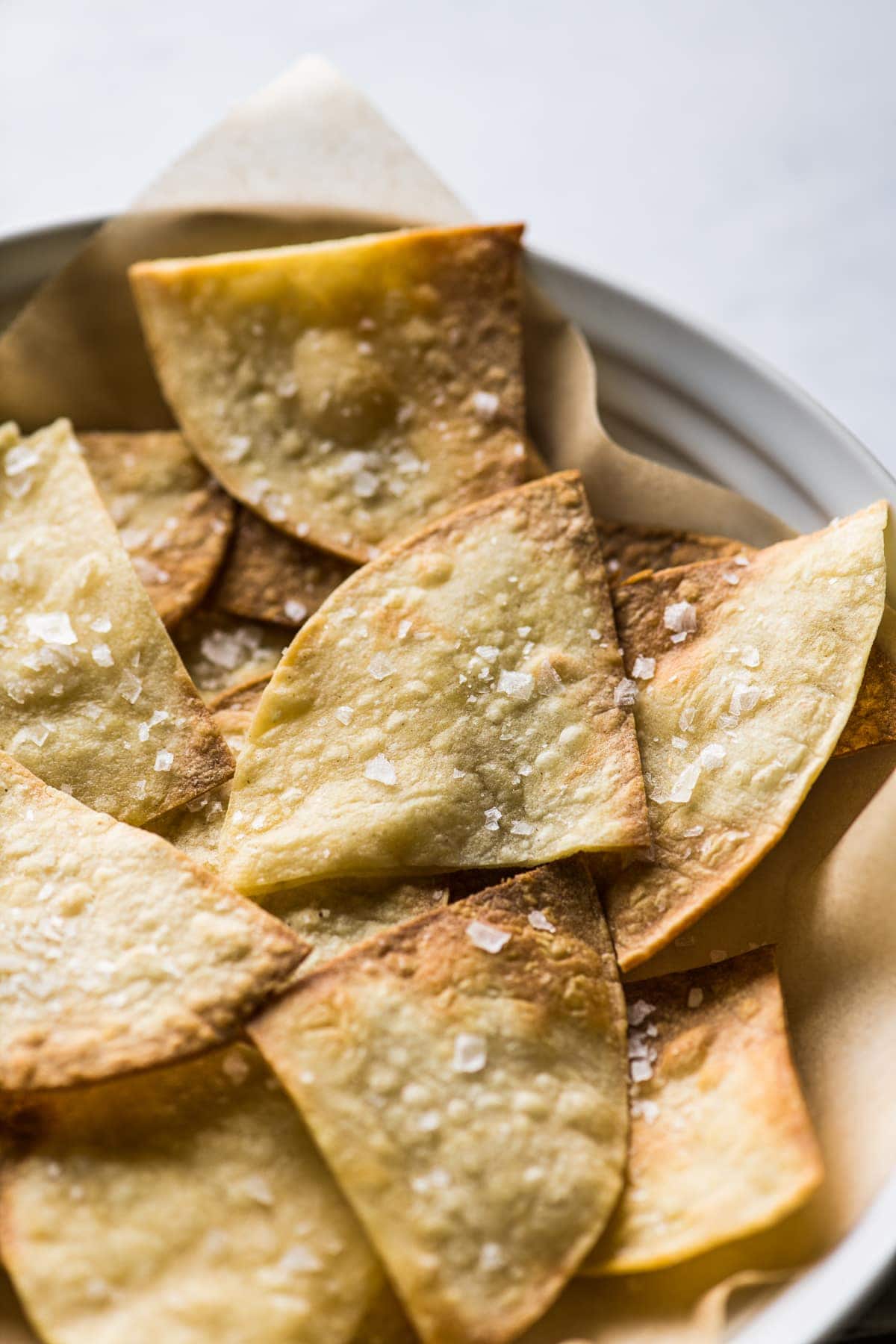