This Red Chicken Enchilada recipe makes the BEST DINNER EVER! They’re stuffed with shredded chicken and cheese, topped with red enchilada sauce and baked for 20 minutes. 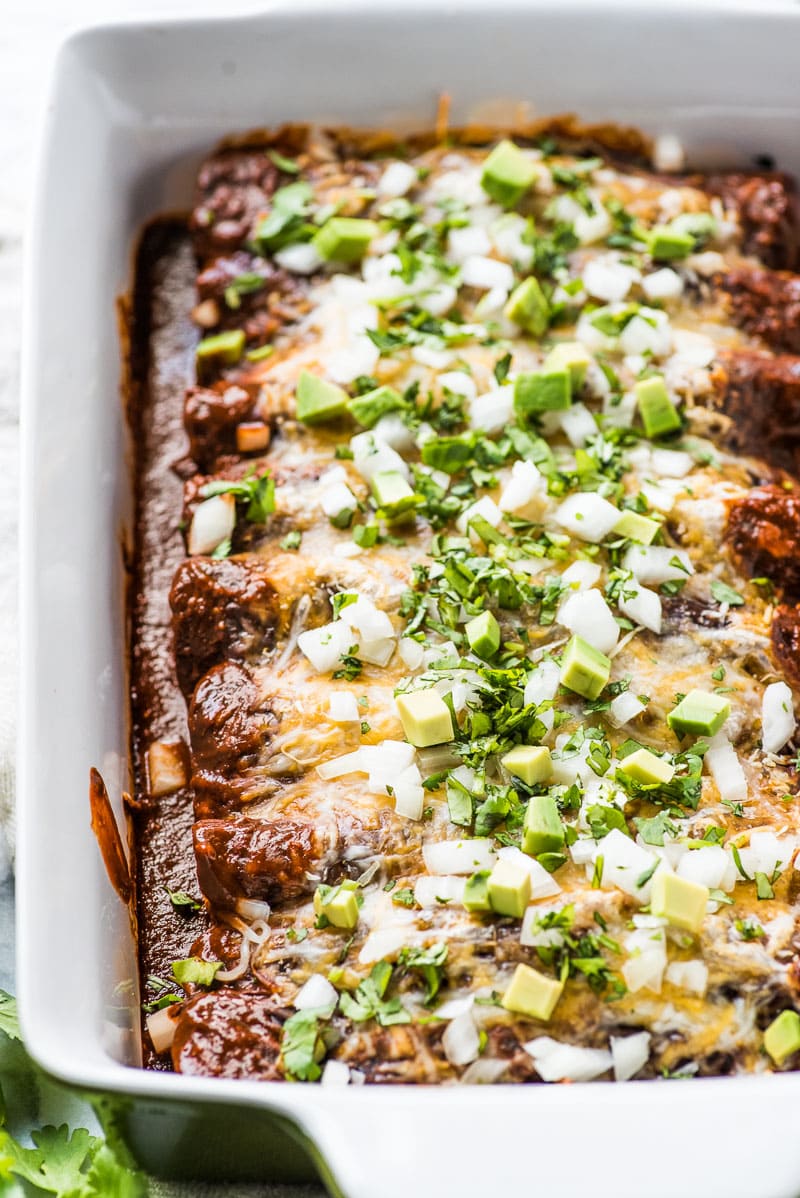 If I had to pick one Mexican recipe to represent me and the food that I grew up eating, it would have to be enchiladas. Hands down, no question about it, enchiladas are the clear winner. I know it’s quite a bold statement, but it’s true. My parents would make them about once a week, and nobody every complained because they’re just so good!

The enchiladas my family makes are very similar to this recipe. They’re made with corn tortillas, red enchilada sauce, and cheese. However, the tortillas are usually lightly fried in oil and only filled with cheese. They’re absolutely amazing and will forever be my favorite version, but now that I’m cooking for myself and my husband, I’ve decided to tweak the recipe just a little bit to make it healthier.

My version features baked corn tortillas instead of fried, and I’ve added some shredded chicken to the filling for some more protein. Everything else is exactly the same. So without further ado, let me show you exactly how I make them! 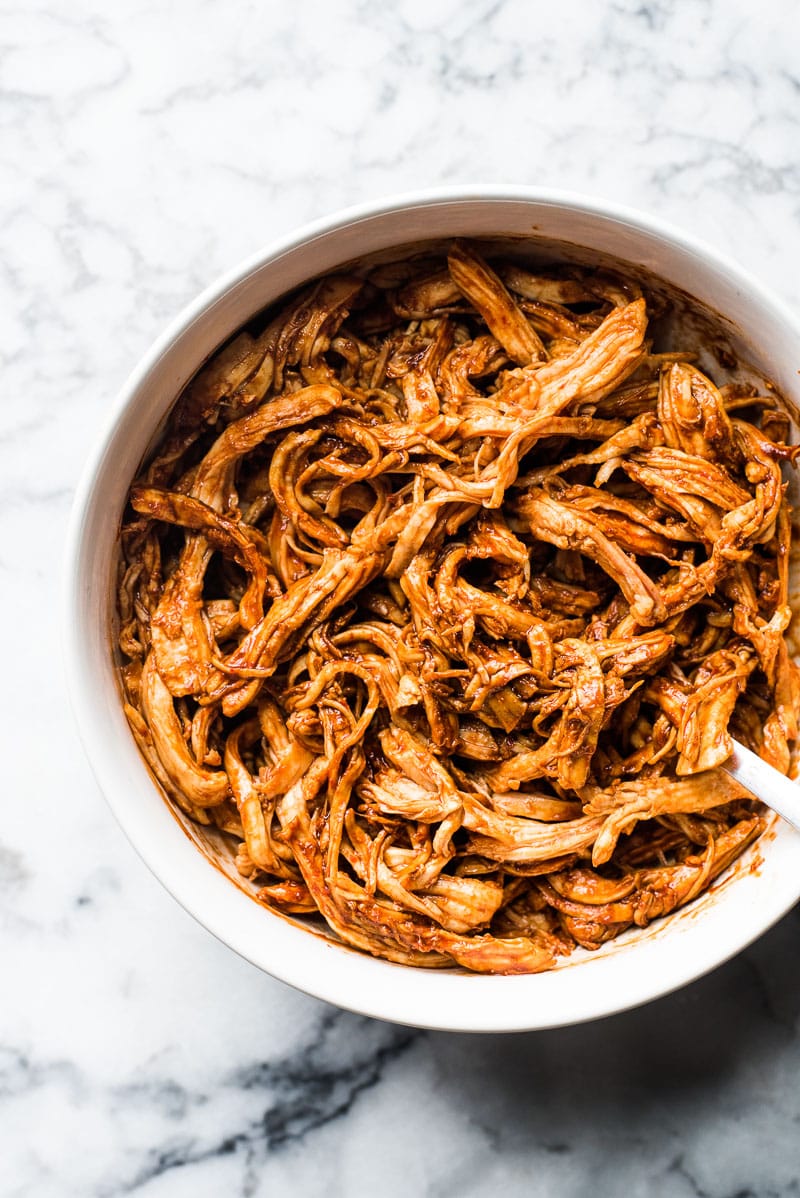 To make this enchilada recipe, here’s what you need. 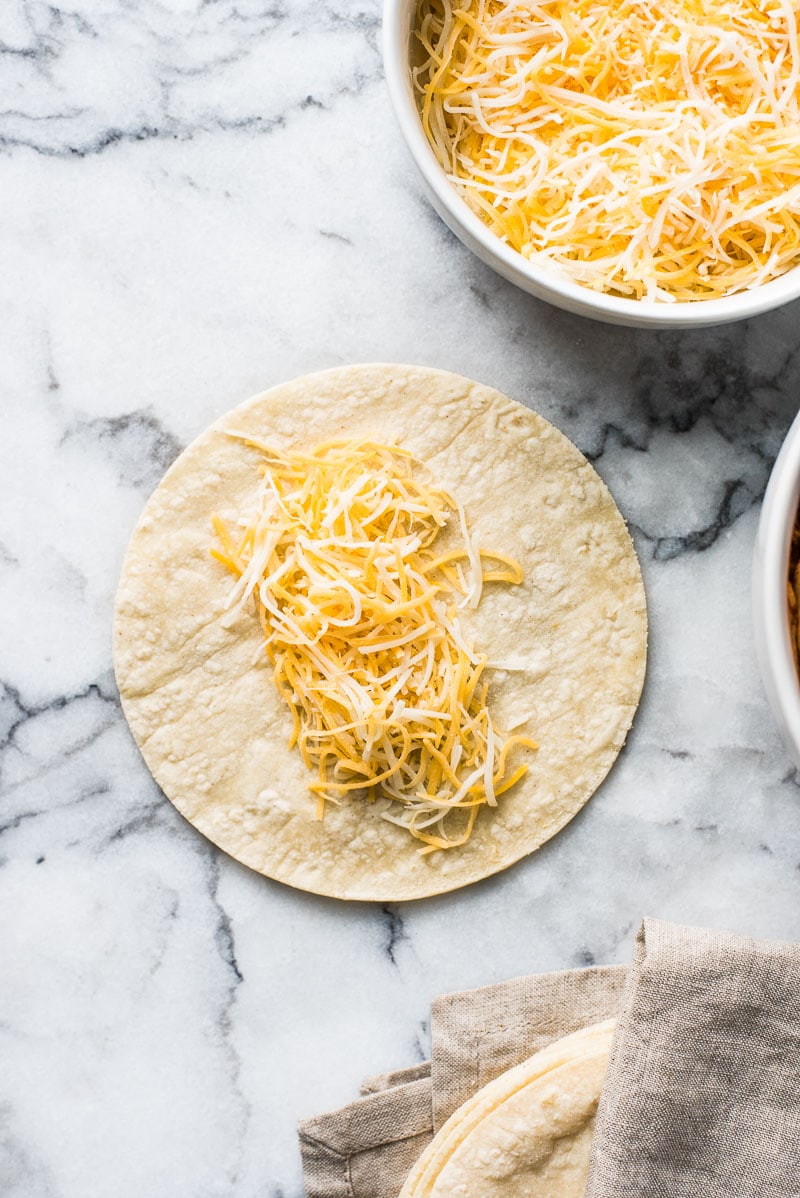 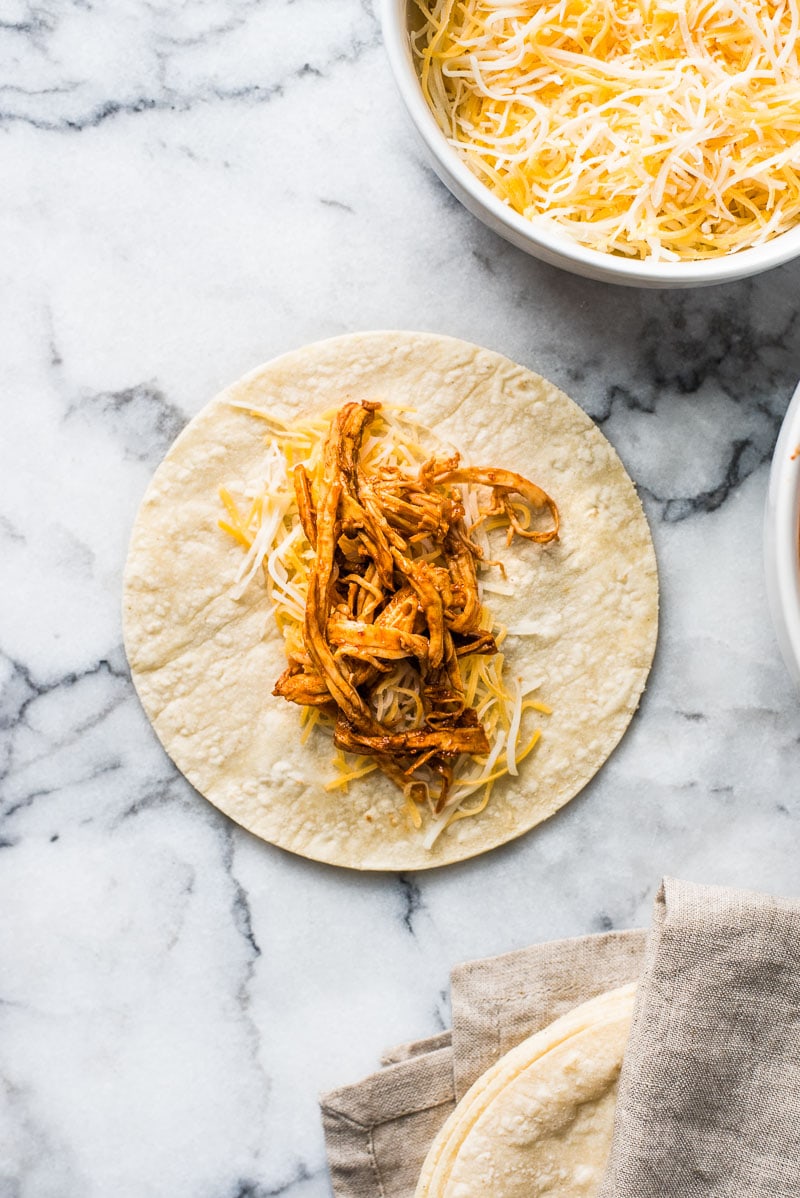 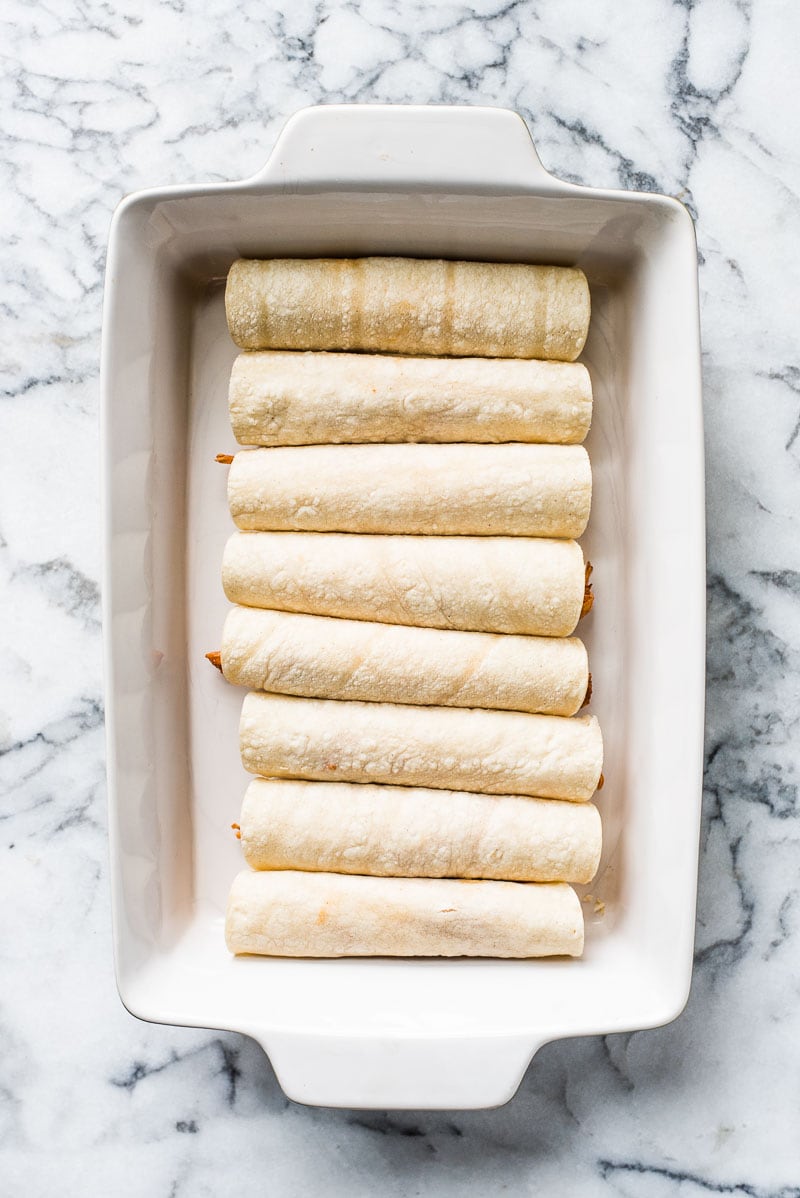 How to make chicken enchiladas 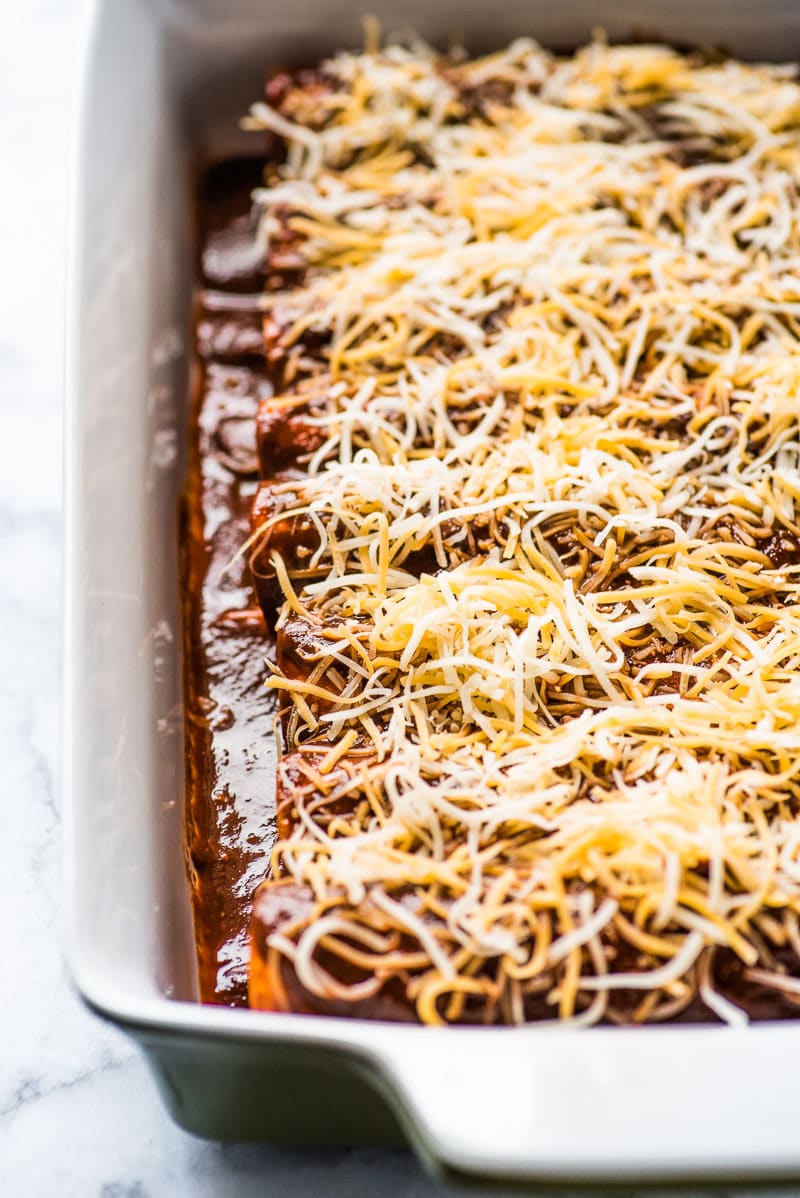 Sides to serve with Chicken Enchiladas

I topped these enchiladas with diced white onions, diced avocados and chopped cilantro, but you can also top them with sour cream, diced tomatoes and shredded lettuce for a little crunch! 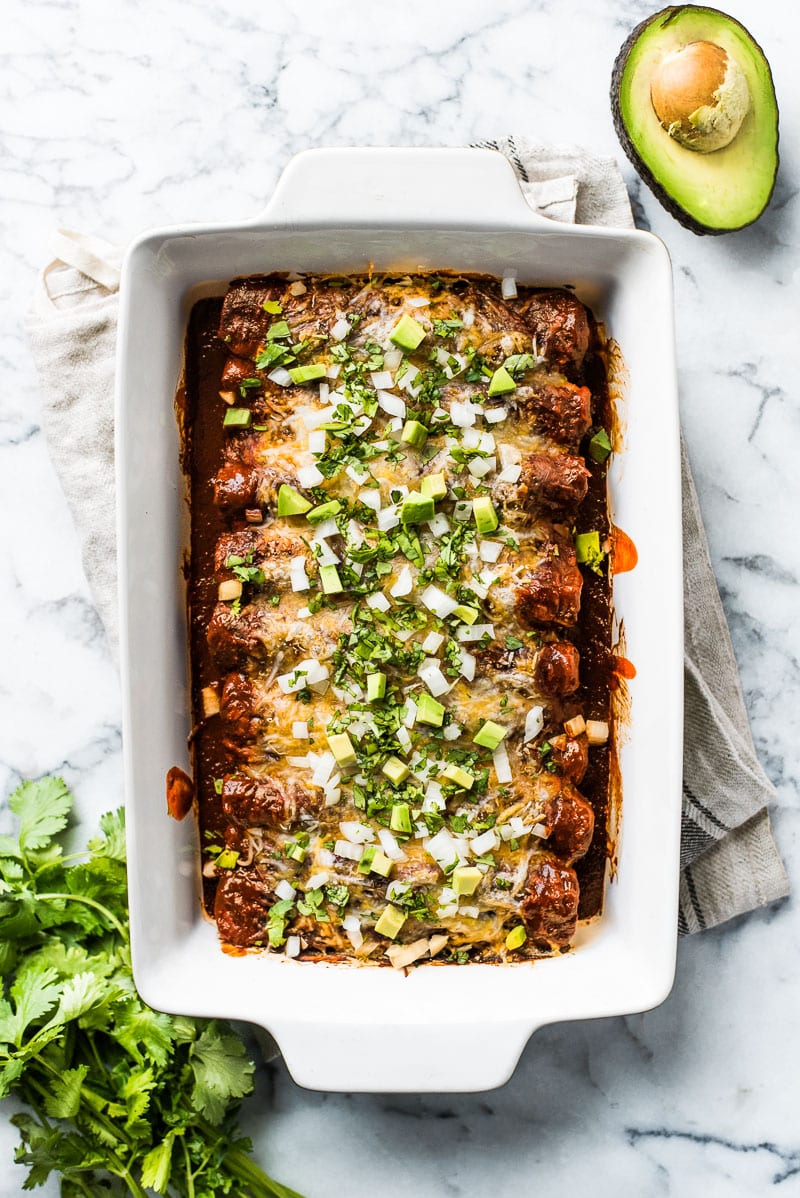 Like this chicken enchilada recipe or have a question? Let me know in the comments below!

Pin this recipe for later! 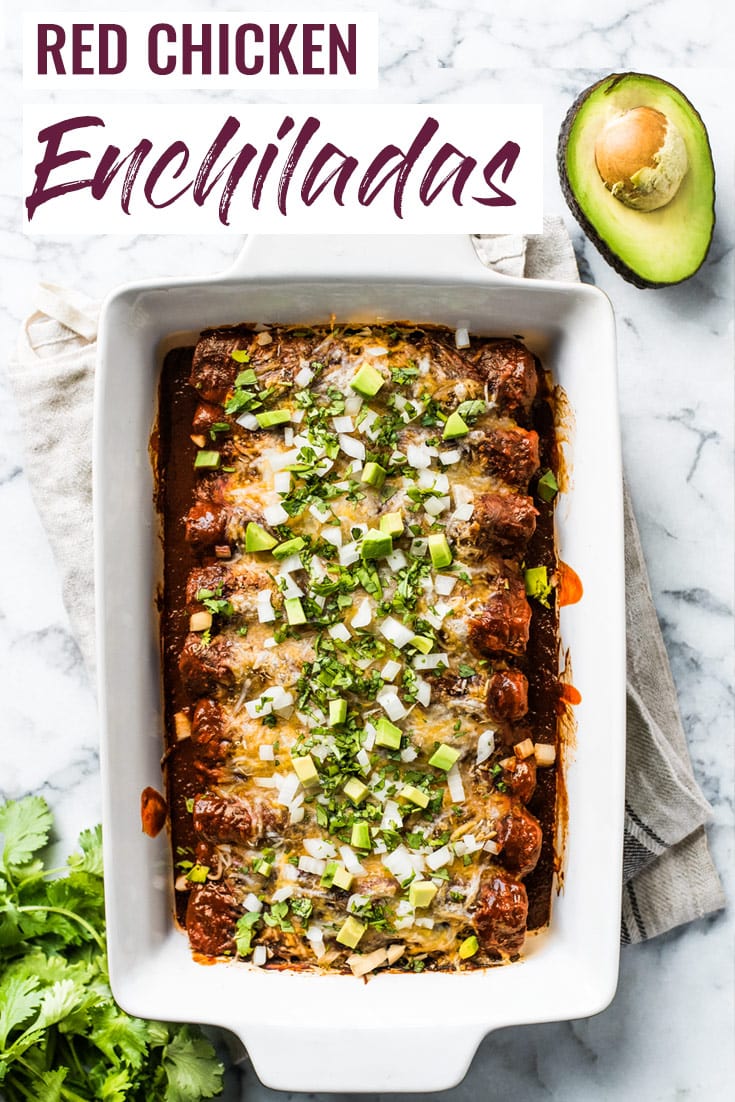