END_OF_DOCUMENT_TOKEN_TO_BE_REPLACED

Jump to latest Browse All Recipes
HomeRecipesDrinks
Jump to Recipe 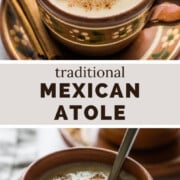 Keep warm and cozy with a thick and creamy mug of Mexican Atole! This traditional drink is made with masa harina, piloncillo, cinnamon, and vanilla is perfect to enjoy during the winter and around the holidays.

There’s nothing better than a sip of warm atole while eating a concha (Mexican sweet bread). Yum! Full of comforting flavors like vanilla and cinnamon, this thick and creamy Mexican drink made with masa harina will warm you right up and prepare you for the day.

This family-friendly Mexican drink is perfect for both kids and adults. Pour a big batch of atole in a thermos, and head out for a chilly winter walk. It’ll keep you warm and full throughout the day or night!

Atole (pronounced ah-toh-leh) is a traditional Mexican drink that’s thickened with masa harina (the same corn flour that’s used to make corn tortillas) and sweetened with piloncillo, cinnamon, and vanilla. It’s often enjoyed in chilly weather because it’s thick and creamy enough to warm you up on those cold nights.

This drink was historically made with just water, but over time, the recipe was switched to include both water and milk to make it even creamier.

Pair your atole with some sweet tamales for a filling dessert or late night snack!

What’s the difference between atole and champurrado?

Just think of champurrado as the chocolate version of atole. Made with almost all of the same ingredients as atole, champurrado has the addition of melted chocolate! Try champurrado when you’re craving something sweet or as an alternative to regular hot chocolate.

How to make atole

First, heat the milk, piloncillo, and cinnamon stick over low-medium heat in a saucepan on the stove until the piloncillo melts. Make sure to frequently stir the mixture to make sure the piloncillo and milk don’t burn or stick to the bottom of the pot.

Second, discard the cinnamon stick. If it has broken up into pieces, pour the milk mixture through a strainer to remove any pieces. Mexican cinnamon (and Ceylon cinnamon) are more fragile than cassia cinnamon so it’s normal for the pieces to break.

Third, whisk the masa harina and water in a small bowl until it’s smooth. This is the mixture that will help thicken the atole and give it it’s signature yet subtle sweet corn flavor.

Fourth, add the masa harina mixture along with vanilla extract and salt to the saucepan with the milk mixture. Whisk to combine.

Last but not least, bring the mixture up to a simmer, then reduce the heat to low. Whisk it frequently while it cooks for around 30 minutes.

You’ll know the atole is ready when the mixture is creamy, smooth and is thick enough to coat the back of a spoon without too much pouring off. If the atole still isn’t smooth, keep whisking!

Serve in a mug with an extra hit of cinnamon and enjoy!

To store, keep the finished and cooled atole in the fridge for up to 2 days. The longer it sits, the thicker it will become.

To reheat, add a splash of milk or water to the atole first. Give it a good stir, then heat it up in the microwave or on the stovetop. Add more liquid until the thickness is to your liking. 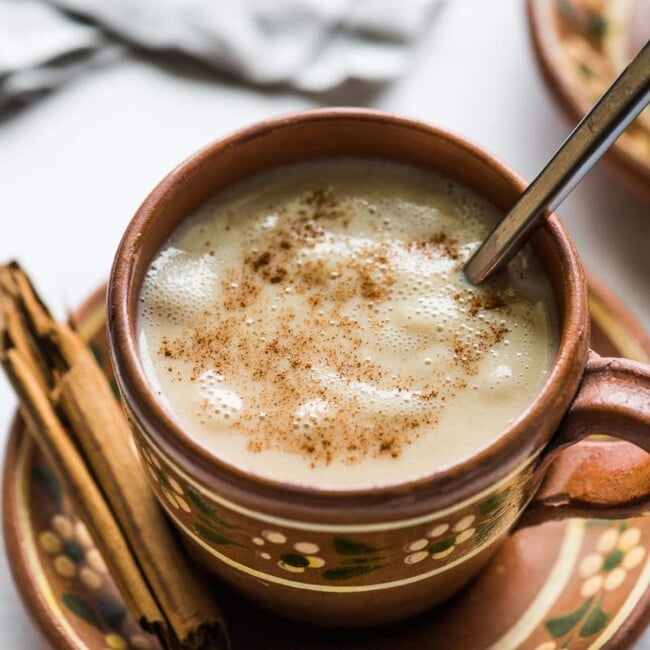 Prep: 5 minutes
Cook: 35 minutes
Total : 40 minutes
Keep warm with a mug of thick and creamy Mexican Atole! This traditional drink is made with masa harina, piloncillo, cinnamon, and vanilla.

Did you Make my Mexican Atole?Leave a comment below and tag @isabeleats on social media!
@isabeleats

END_OF_DOCUMENT_TOKEN_TO_BE_REPLACED 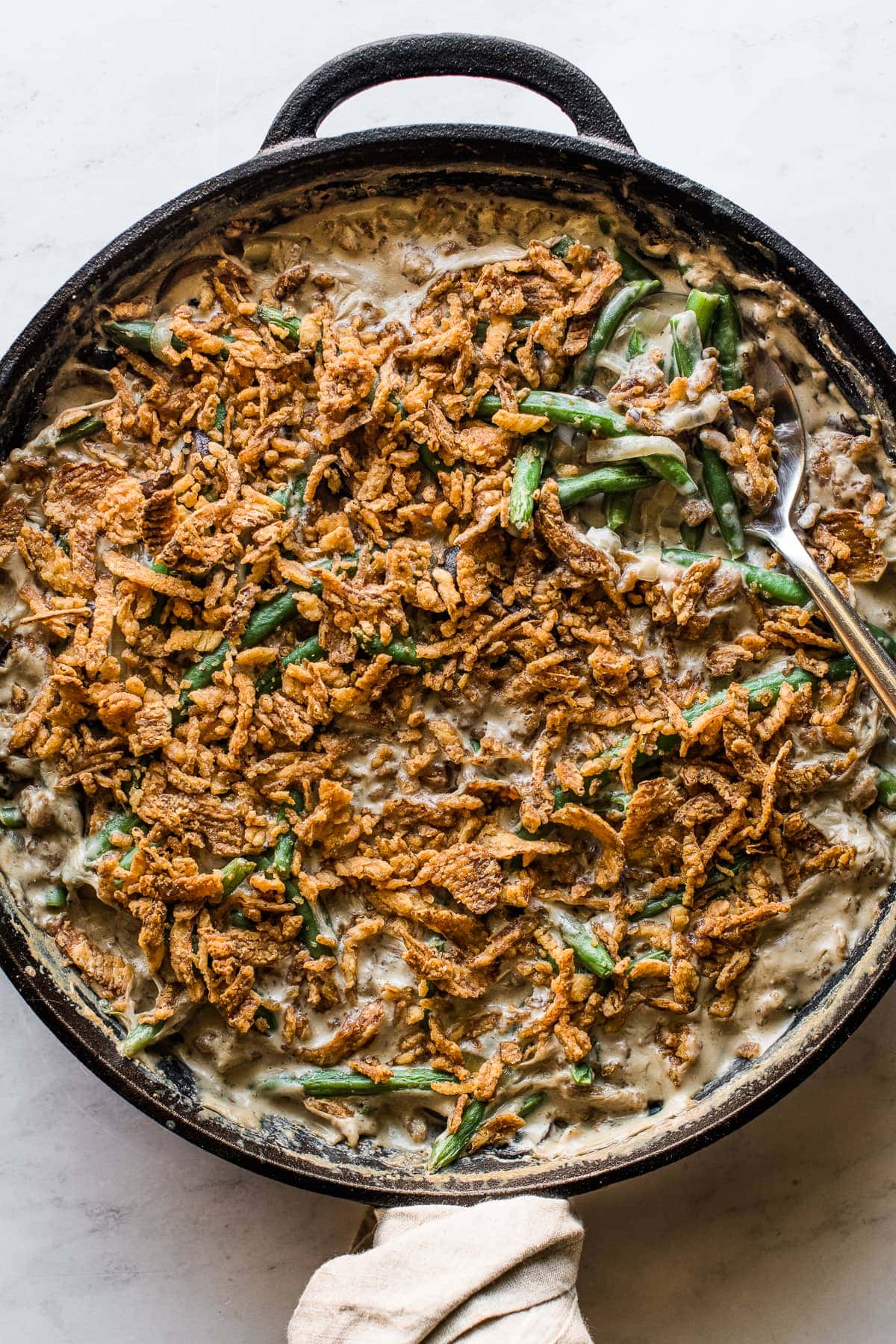 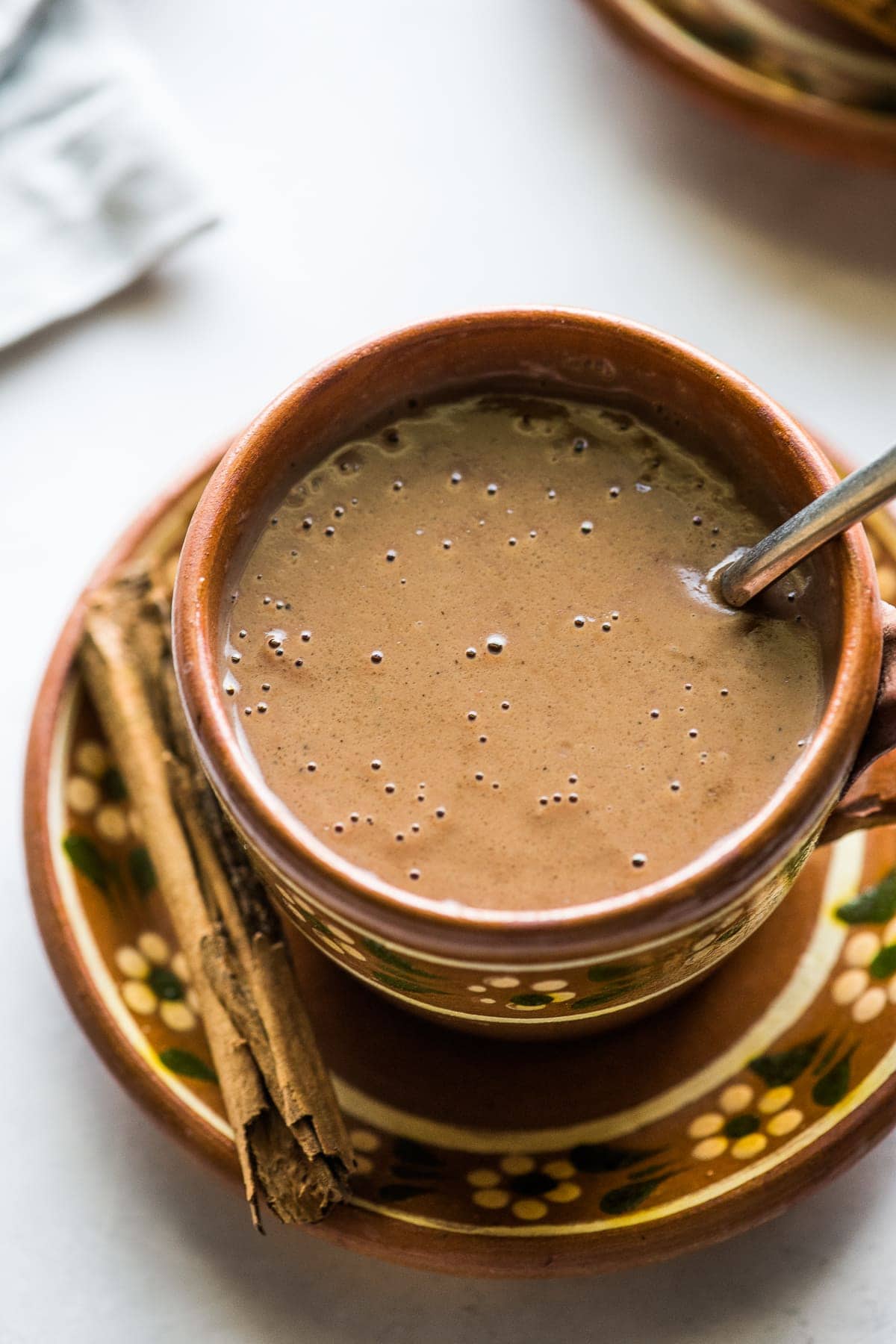